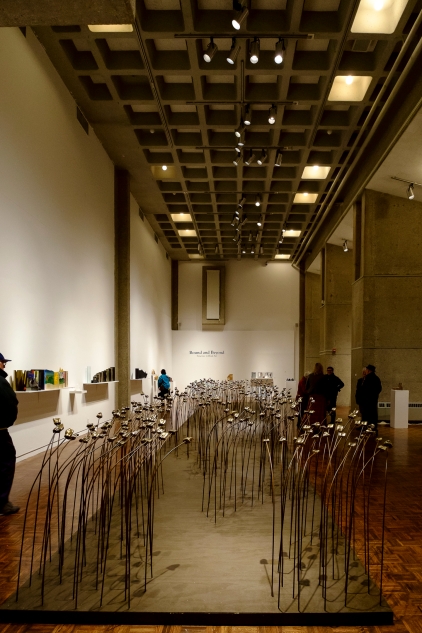 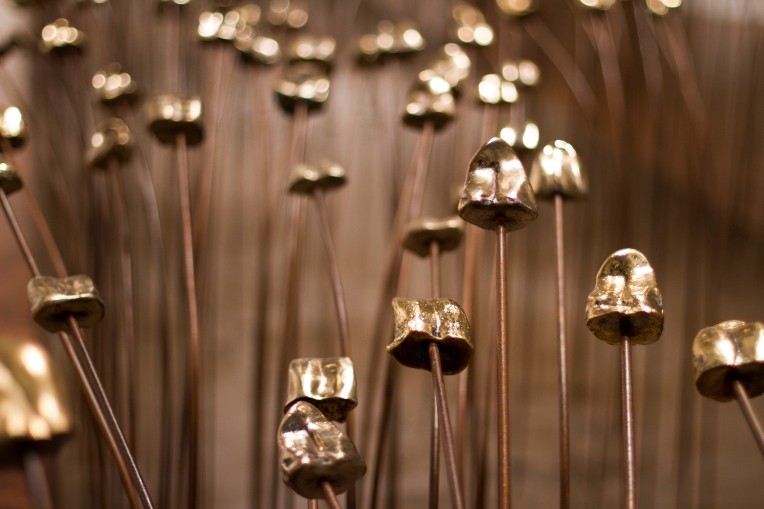 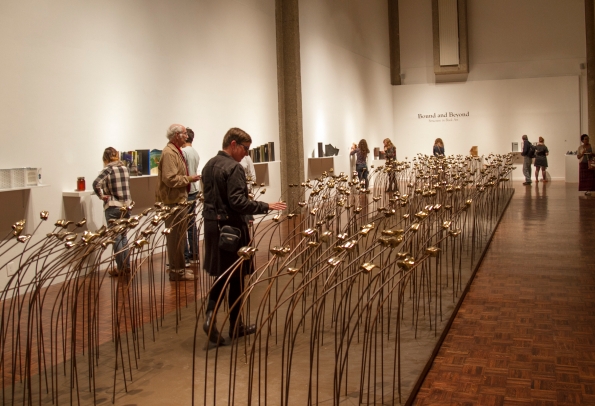 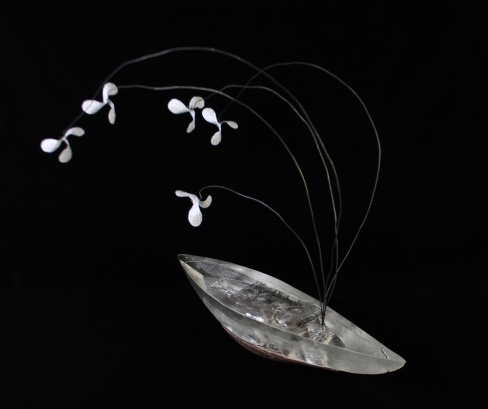 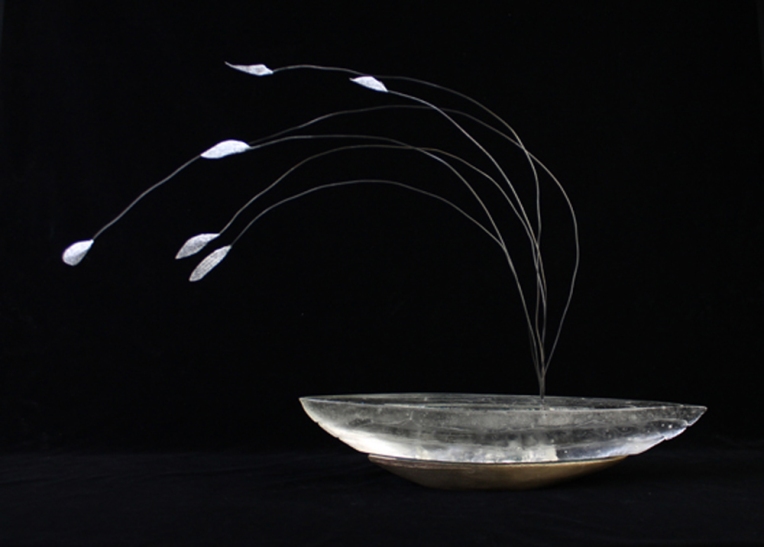 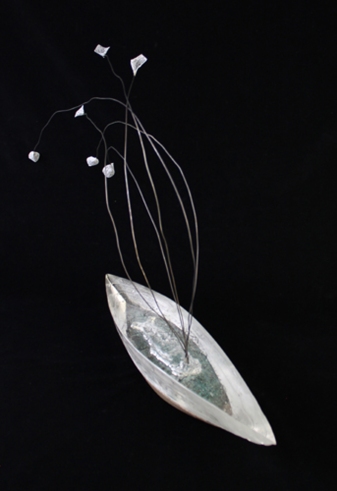 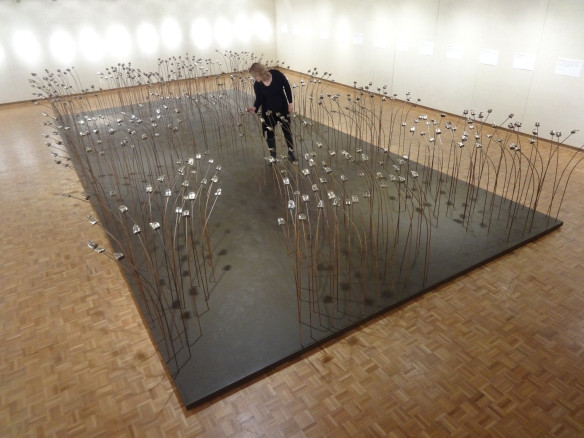 Inspired by the “Dictionary of American Regional English.” Exhibited at the Mabee-Gerrer Museum of Art, Oklahoma.

This installation is a sculptural book, a collection of 500 regional American words and phrases that don’t exist in any traditional English dictionary. The collection represents the evolution of language in America that has resulted from the co-mingling of diverse cultures and ethnicities. The D.A.R.E. celebrates our interconnectedness through language. The piece explores the idea that America’s strength and potential lies in its rich diversity of ethnicities and cultures. 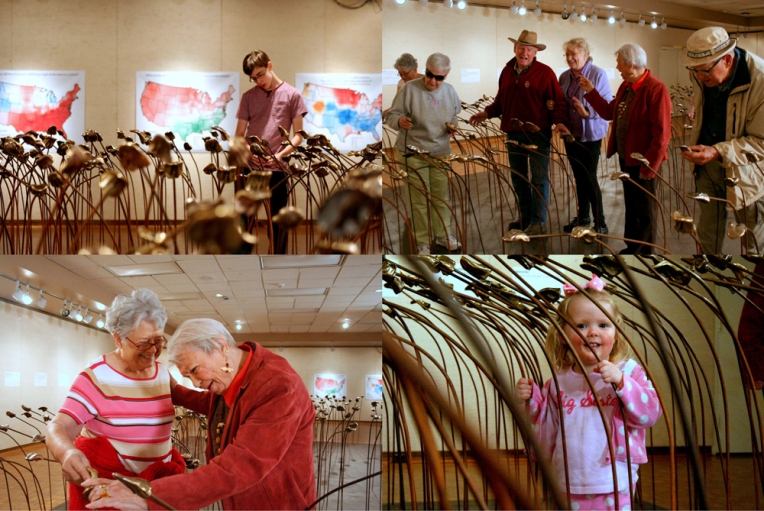 Its pages consist of more than 500 highly polished cast-brass and cast bronze tongues mounted on waist-high rods bent to resemble wheat blowing in the wind. Each tongue features a word and its definition selected from D.A.R.E. The text is sandblasted into the surface of the tongues creating an indentation in the cast metal that can be felt when touched. The tongues are installed so that multiple viewers can walk through and interact with the piece simultaneously. The tongues will sway and vibrate as viewers touch and move through them. Each person is a vessel of language. An individual moving through the piece further illustrates the idea that language is alive and always changing, evolving and connecting us with our fellow humans. 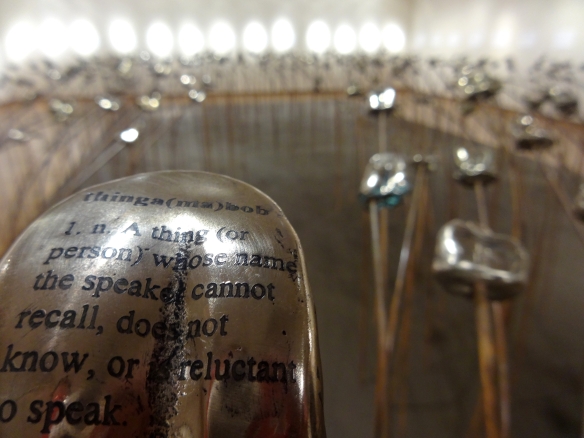 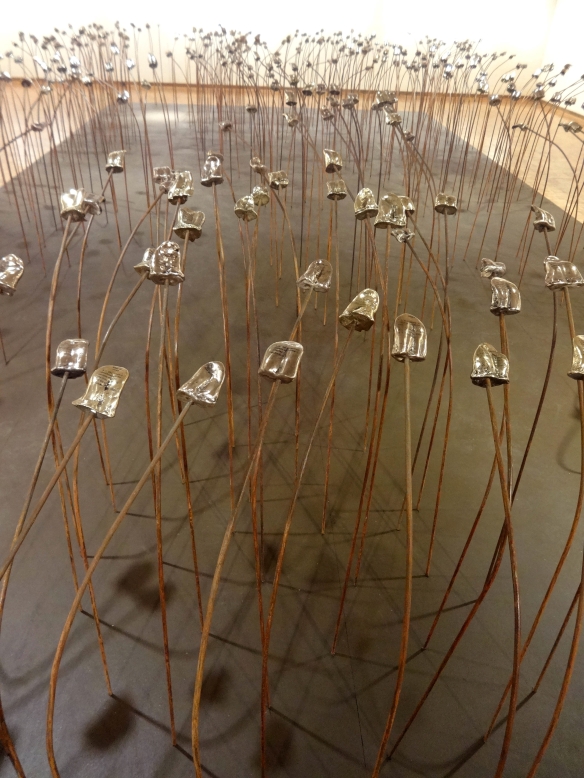 Research for D.A.R.E. began at the University of Wisconsin-Madison in 1962 under the direction of the late Frederic Cassidy and has been recently completed under the current chief editor, Joan Hall. Some examples include words such as “diddly squat,” “discombobulate,” “flabbergasted,” “kvetch,” “ace-boon-coon,” “it tastes so good your tongue will slap your brain,” and “thinga ma bob.” We are interested in bringing this research to a more public forum. We have selected words for the piece from a wide range of regions across the United States, including selections that are humorous, poignant, familiar, unfamiliar, human nature, behavior, relationships, and words that have evolved from the co-mingling of diverse cultures and ethnicities,.

This project is funded in part by the Mabee-Gerrer Museum of Art, a University of Wisconsin, Stevens Point Professional Development Grant and the John Michael Kohler Arts and Industry Residency Program. 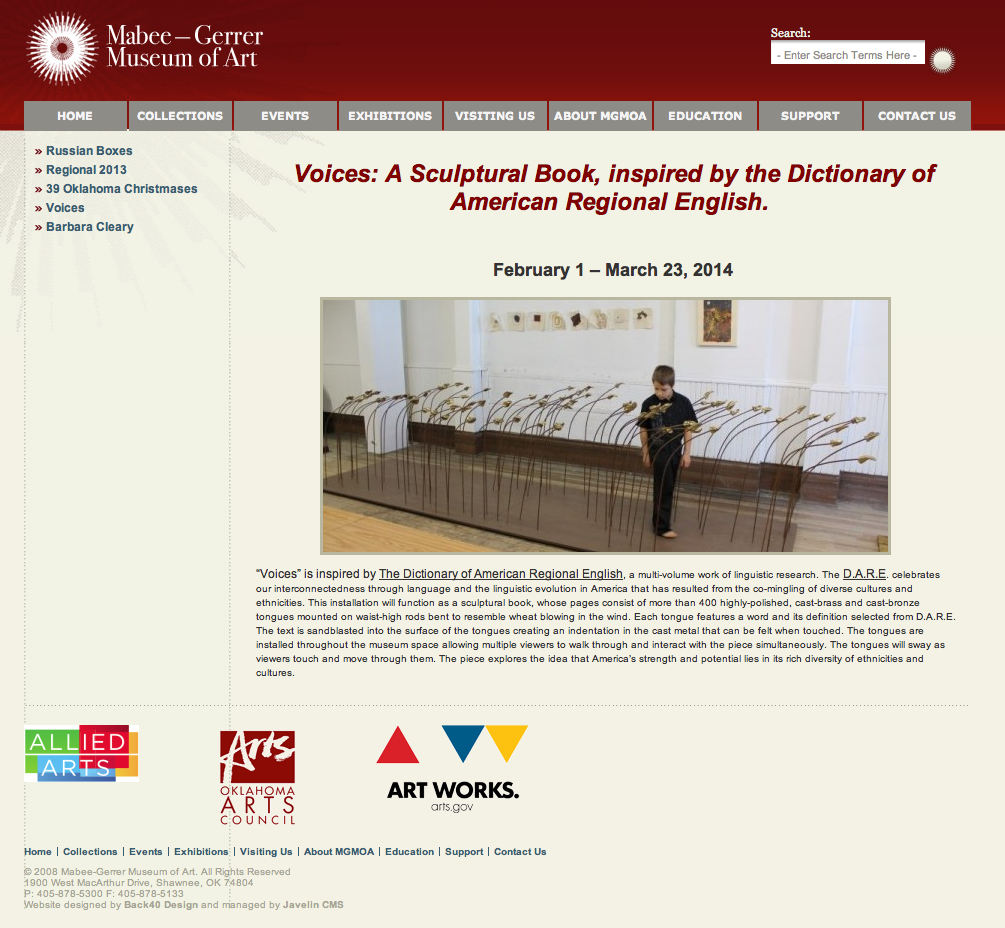 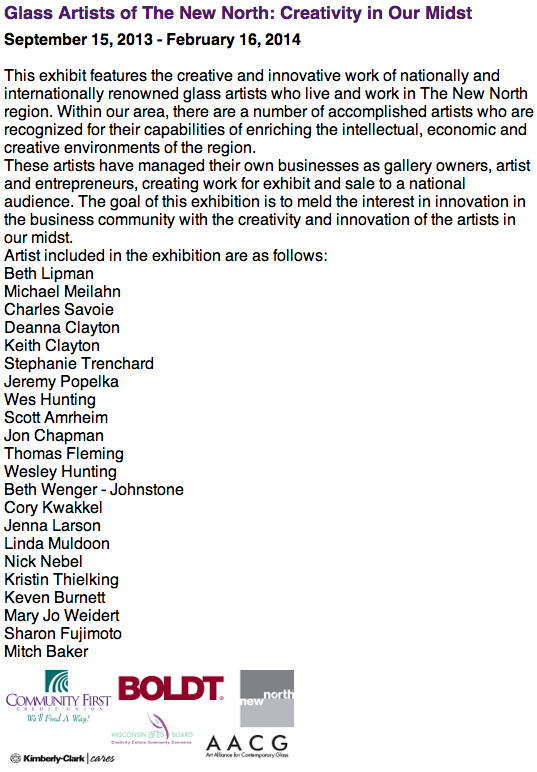 Check out our blog at djkksculpture.com to see the installation. 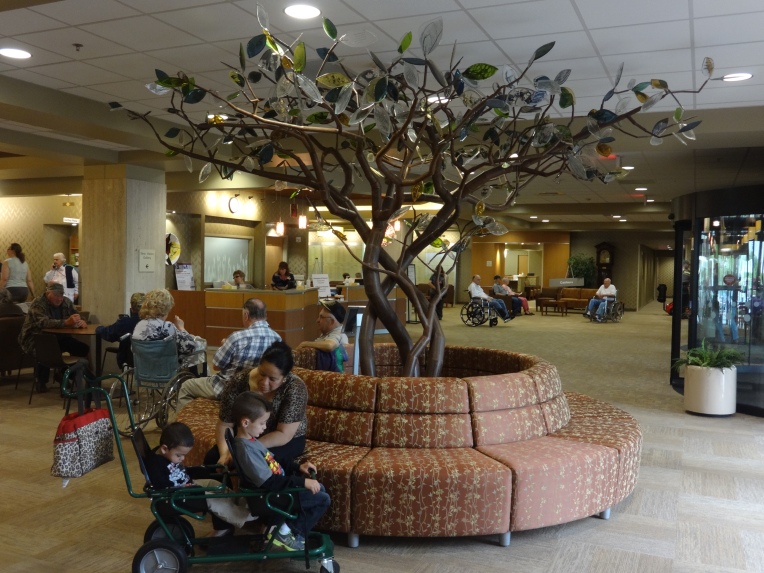 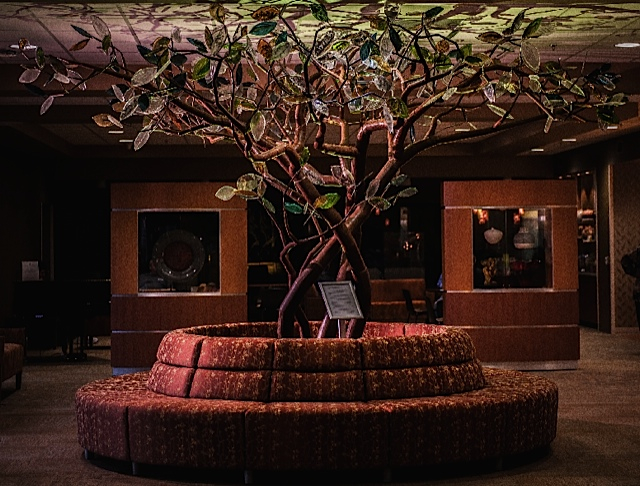 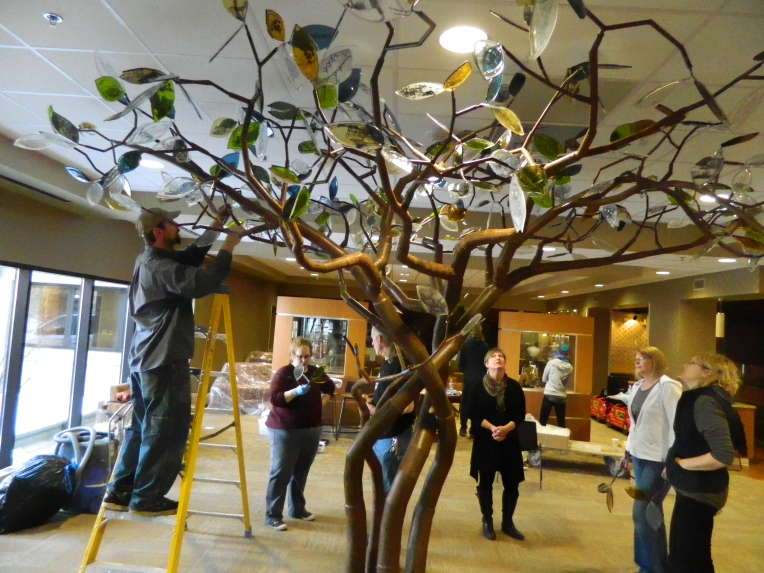 Moving Compass Series exhibited at Art on the River, June, 2013: 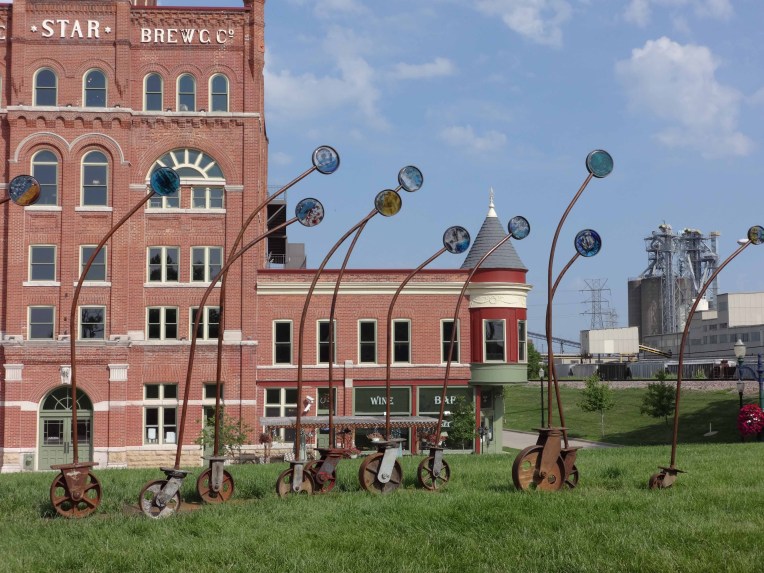 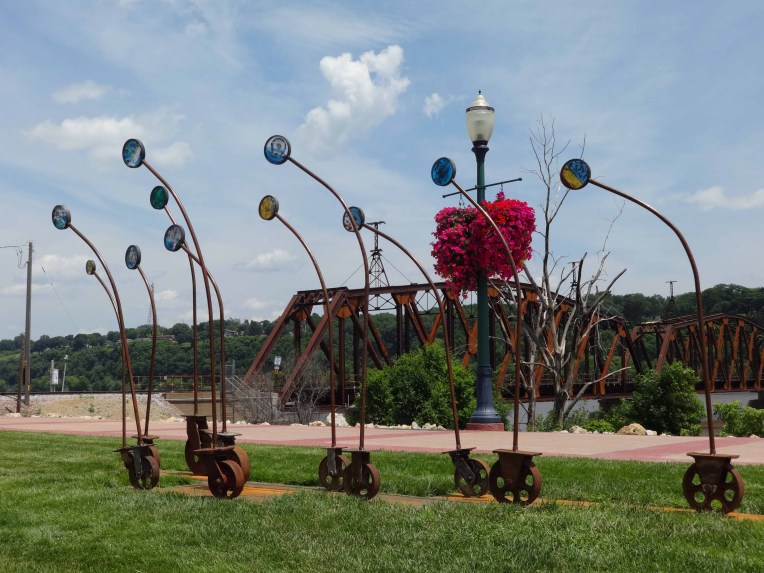 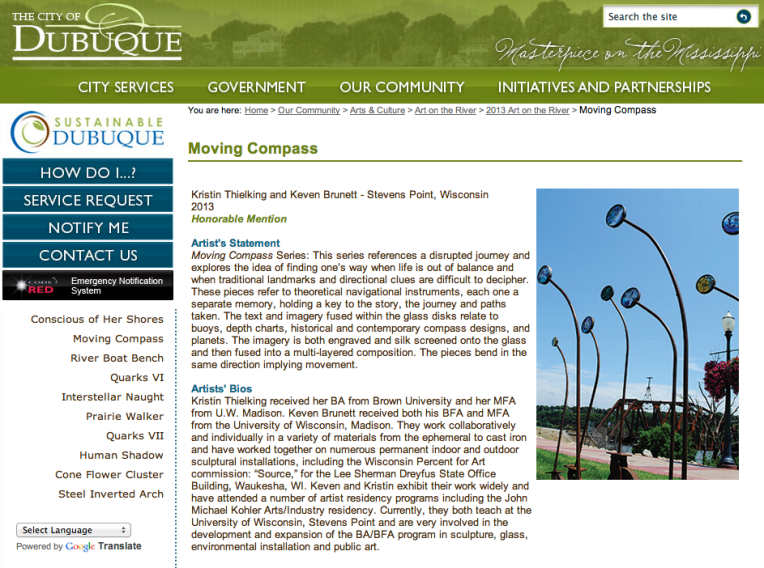 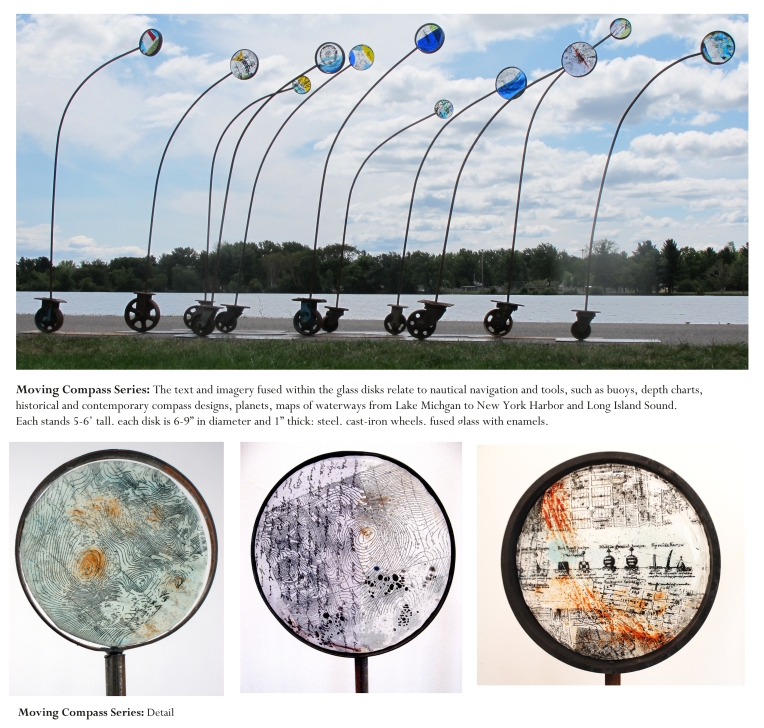 Permanent installation for the University of Indianapolis Campus: Purchase Award. 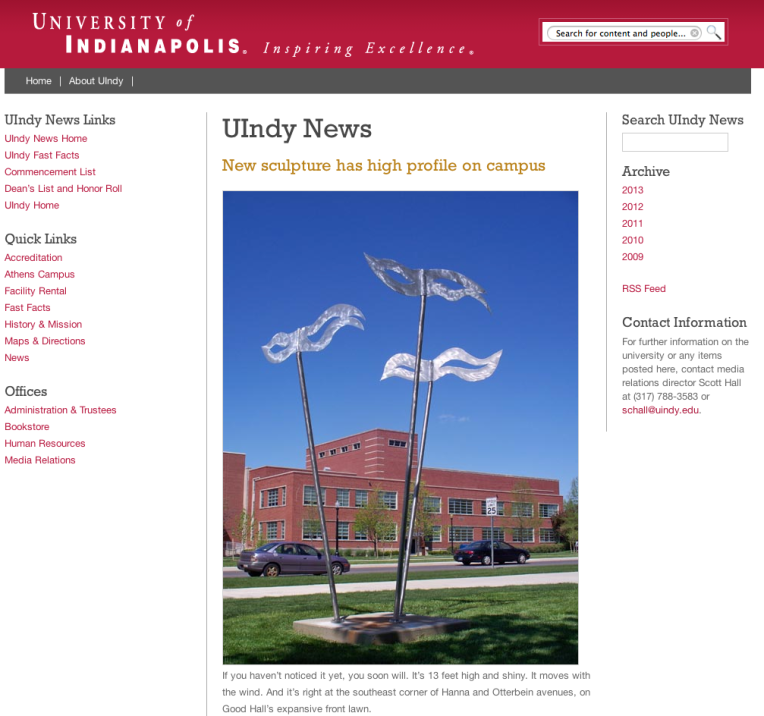 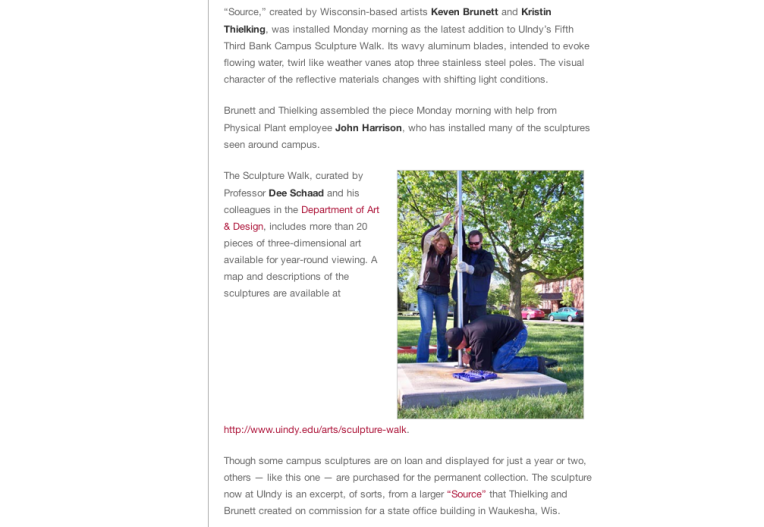 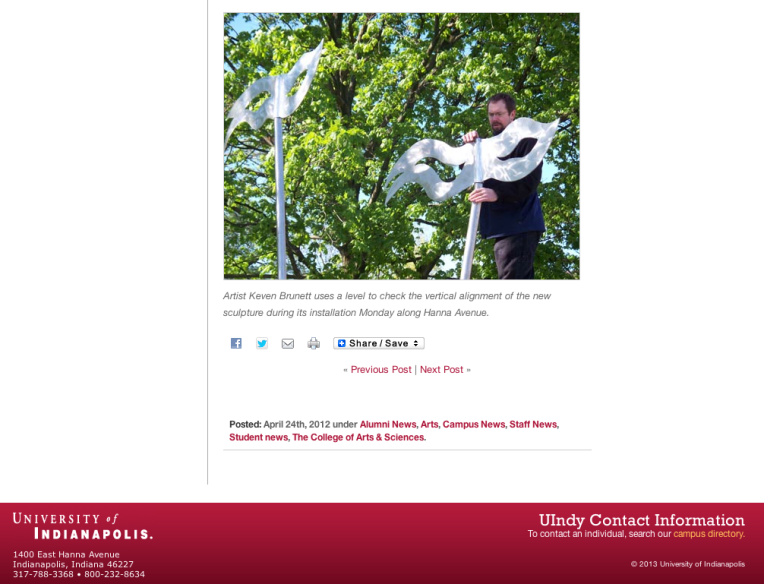